Is coffee good for Rosacea? 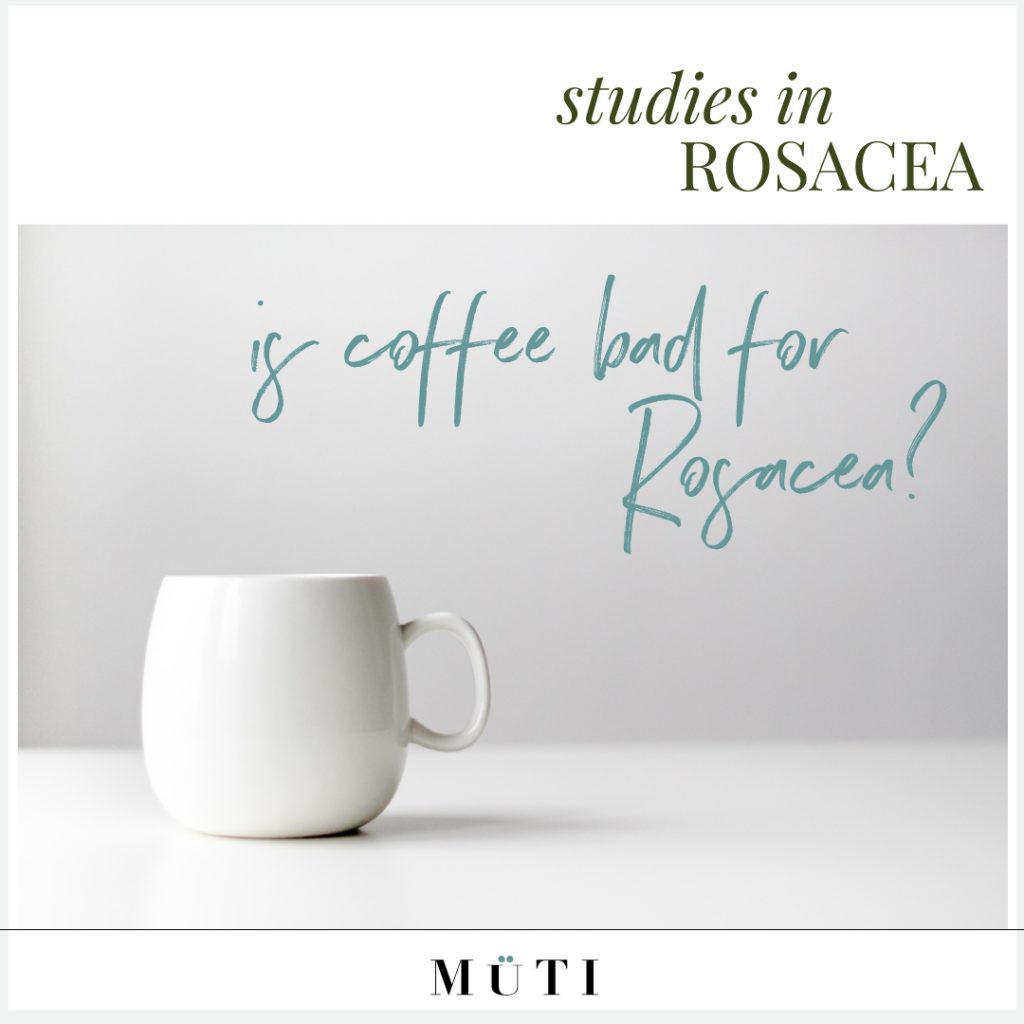 ROSACEA AND CAFFEINE:
Caffeine intake & the risk of rosacea

Rosacea sufferers will know that there are a whole range of foods, activities or situations which can trigger a flare of their chronic condition. Coffee has often been grouped among the triggers. A just-published study looking long-term at the links between rosacea and caffeine intake has established that caffeine may in fact have a positive effect on rosacea

Can coffee be good for your skin?

The findings
A large cohort follow up of 82,737 participants in the Nurses’ Health Study (established since 1989) identified 4945 cases of rosacea. A significant inverse association was found between the intake of caffeine in coffee and incidence of rosacea in this group. (This association was not found in caffeine from tea, chocolate and soft drinks)

The Bottom line:
The findings of this study do not support reducing caffeine as a means of limiting or preventing rosacea.

Background to this study:
Caffeine is known to decrease vasodilation and have immunosuppressant effects. Both would have a positive effect on rosacea sufferers, and potentially decrease the risk of rosacea. On the other hand, heat from coffee may be a trigger for flares of rosacea for some people.

The findings of the wide study do not support limiting caffeine from coffee as a way of preventing rosacea. The mechanism of action now needs to be further studied.

Photo by NordWood Themes on Unsplash